What are the shared beliefs or “values” that hold our society together?

They highlight the central role of individualism in American life going all the way back to the analysis of Alexis de Tocqueville in Democracy in America (1835 and 1840). Tocqueville wrote about the mores (cultural values) of colonial America, which he called “habits of the heart.” And it was Tocqueville that helped to give currency to a new word. “‘Individualism’ is a word recently coined to express a new idea,” he said. Tocqueville went on,

Individualism is a calm and considered feeling which disposes each citizen to isolate himself from the mass of his fellows and withdraw into the circle of family and friends; with this little society formed to his taste, he gladly leaves the greater society to look after itself.

As the authors note, Tocqueville saw the isolation to which Americans are prone as ominous for the future of our freedom. They point out that individualism has a fragmenting and separating effect on society. As everyone pursues his own interest, society tears at the seams.

As they put it, the main question is “whether an individualism in which the self has become the main form of reality can really be sustained.” Is such a society sustainable? Their conclusion is that individualism develops into an incoherent society, “separation and individuation” become pervasive.

So they ask, “how is it that our culture holds together at all?” In the midst of incoherence, what common values hold us together?

But these two integrating themes of society are really “pseudo-integration,” not really binding us together but isolating us further as each pursues his own good but neglects societal good. As Matthew Arnold said in 1852, “in the sea of life ensiled… / We mortal millions live alone.”

Thus, the only two unifying narratives of American society turn out not to be unifying at all, but rather isolating. The values we have chosen to bring coherence actually bring further incoherence.

The sociologists not only critique, they also offer hope. Many of those whom they interviewed were hopeful, that “though the processes of separation and individuation were necessary to free us from the tyrannical structures of the past, they must be balanced by a renewal of commitment and community if they are not to end in self-destruction or turn into their opposites. Such a renewal is indeed a world waiting to be born if we only had the courage to see it.”

They envision a society that holds in balance the dignity and freedom of each individual, but also obligation to and participation in the wider community.

It struck me that the church should be a model of this kind of society. The church is a community bound together by an integrating narrative, the gospel. And around this narrative we affirm the role and dignity of the individual, as well as the necessity of the whole community and vital participation in it.

I’ve just finished teaching through a summer Bible study on the theme of the Messiah in the Old Testament. We studied the progressive development of the idea of messianic hope from it’s earliest form forward. Obviously in a ten week study we didn’t look at all the messianic passages in the Old Testament, but tried to select some of the most important based partly on how heavily the Jesus and New Testament rely on them. For instance, I included Isaiah 53 because by some counts it is alluded to over four hundred times in the New Testament.  Here’s the participant’s guide:

I’m also happy to share my teaching manuscripts and weekly class handouts. If you’d like them just send me an email or leave a comment below. 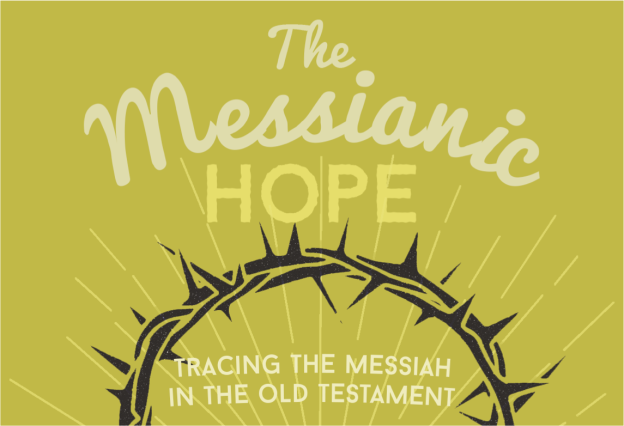